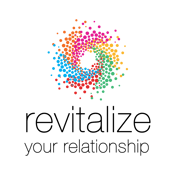 I don't mean to be a #weathertroll to my friends on the East Coast and back in Canada, but the other night I sat on the beach with my friend Holly and Baby Ray watching whales breech off the North Shore of Oahu.

After that we went back to Holly's amazing house and hung out with the dogs while we waited for the guys to finish a round of golf. Holly and her husband Ashley made us a serious feast and we all chatted and chowed down under the stars.

We had such a good time.

AND we started talking about inviting more people to enjoy the vibe here so...

I am officially planning a retreat here in Hawaii next year (I will post details as I have them but if you are interested just email me directly and you will be the first to know: erin{at}aquinyoga.com)

In the mean time, I wanted to send back some aloha to you in the form of my current yoga playlist.

So far my main soundtrack to practice has been the ocean, but if you can't be here for the real thing, I hope these tunes make you smile as you salute the sun and dream of summer.

Shape of You - Ed Sheeran

Thinking About It (Let it Go) - Nathan Goshen (KVR remix)

Sing To You - John Splithoff

READY TO END THE ARGUMENT?

You Are Not Alone
Are You Willing To Be Heartbroken?