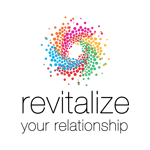 How to Blow Your Mind (and Learn Crow) in 3 Minutes 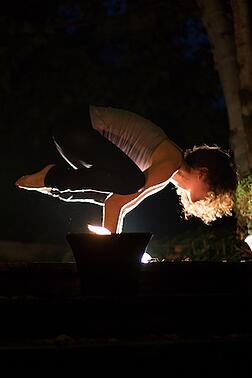 Over the holidays I went to an event put on by the Loft Sessions in Boston. While hanging out and catching up with friends there, I found myself as part of a trio discussing yoga. One of my friends was telling me about his favourite class at South Boston Yoga but remarked at how difficult some of the arm balances can be.

The person in question is a full foot taller than me and a strong guy so I was curious as to what pose in particular he found so challenging. He explained that he had been unable to do Crow pose but that most of the people in the class could—even the tiny women like me. I very emphatically told him that in fact he could do it and there was no reason why not. He countered with the argument that he had been working on it for a long time and it just wasn't happening. Finally and offhandedly I said "I can teach you that pose in 3 minutes and I promise you, you will be able to do it."

At that, the third in our party kindly made me put my money where my mouth is and pulled us into a side room off the main party to give it a shot. In just three minutes I had explained, demonstrated and stood back to watch my friend take flight into crow pose for the very first time.

So what happened? There were no magical powers involved and no mind-blowing anatomical instructions. The cues were ridculously simple and his body was ready for it since the new flyer had been practicing diligently. The only other important part of why it worked out was that I knew he could do it even if he didn't yet.

This is an important part of yoga that never ceases to blow my mind. You may believe you can't do something when you set out or try something new. In fact, when we set out to learn anything new it is probably true that you won't be able to do it perfectly upon first attempt. For instance, when you first start yoga or any physical discipline, your body may not be able to perform a push-up. You haven't built the awareness of the different components required to execute a push-up. The major muscle systems needed may not be strong enough. However, before too long with some time and consistent work, your arms, core and legs wake up and off you go!

Yoga will blow your mind each time you recognize the truth that just because you don't know how to do something yet, doesn't mean you can't do it ever. Over and over again, yoga offers the opportunity to redefine the things you hold to be true. Each time a posture moves out of the realm of the impossible or improbable and becomes accessible, it is a reminder that hard work and dedication do pay off.

Each time you do something you never thought you would, it is a space left open to reflect on the ways that staying in the grooves of old and untested beliefs could be holding you back. We all squash our own potential without knowing it, which is why yoga and other disciplines are such powerful metaphors to help shake things up.

And if you want to learn crow in 3 minutes subscribe to this blog using the form at the top right side of this page (if you haven't already) and you will be the first to know when the video comes out later next week.

Before the Doors Close