Sexism and Your Relationship? [Video]

Today, we have a very light topic to discuss: male chauvinism, male superiority, the patriarchy.

Call it what you like, it is the belief—held explicitly by some, but implicitly by most—that men should have more rights, are better... fill in the blanks.

The reason it's important and the reason I want to talk about it today—and pardon me if I do some mansplaining here, because if you are a woman listening to this it can be like, "Yeah, thanks for that."

If you're a man listening to this, though, hopefully it will give you some insights as I recently had experienced some insights on this.

So that's really what is prompting my desire to share.

It's also particularly poignant today, I feel, as the 100th anniversary of the passing of the 19th amendment, enshrining women's rights to vote in the Constitution of the United States.

So as a shoutout to all the women out there, this one's for you.

It happened yesterday where my wife, Erin, shared something with me and my response made it very clear to her—and also to my children who were in the room, but they didn't really understand what was going on—made it clear to Erin that what she shared was not welcome;

In fact, my response to it was rather—I thought kind of funny but as soon as it left my mouth I realized it was not funny.

I apologized immediately after, but what I was really thinking and feeling had been expressed.

So we both went off to process it in our own way (I'll let Erin speak about her method for processing it). But for me it had me reflect on why I wouldn't accept Erin's experience as she was stating it; why I responded immediately with "no, that experience isn't valid."

And what I came to was that, as a man, I feel very deeply that the way I see things is right. The way I understand things is right and if someone, especially if that someone happens to be female, sees it differently, they're probably not right.

And I, most of the time, don't say it directly which I think is what made yesterday such a big moment in our relationship is I actually did say it directly.

I was feeling a bit tired, a bit worn down and so I just said what was on my mind.

But this is something that's often just below the surface.

So I took it back to process it.

And what I discovered was that—and please excuse me if I'm being Captain Obvious here—but what I discovered is that being a product of the Patriarchy and of a kind of male supremacist culture, that's deep in me.

It's just deep in me.

And this is coming from someone who is currently taking three months off from their job, from their career in order to support our family and to support Erin in building her business; basically kind of allowing the standard roles to be switched so that Erin can be the primary public figure and breadwinner person in the family and I would be more on the childcare and nurturing side of things.

So I pride myself in embracing some of the more progressive views of the relationship between the sexes.

You may hear resonances of this in the work that's being done in the anti-racism and social justice movements and that's because I am currently reading the book, "Me and White Supremacy" by Layla Saad. Powerful, powerful stuff.

We'll definitely get into it at some point but I feel like right now with this group focused on relationships, those same strains of just breathing that air that says "These people are better than those people just because" and doesn't just say it but reinforces it in thousands of ways big and small is going to have an impact on who we are as people and how we show up unless we actively deconstruct it, understand it, and talk about it.

The ways big and small.

One of the big headlines that struck me is that the current recession is also being branded a she-cession because as non-essential jobs are cut or as some people are forced into the home to take care of the family it's the women who are bearing the largest brunt of that responsibility.

That's just one small example of our current moment and some of those institutionalized biases against women within our society.

This is not a problem "out there" with employers or with the economy it's who we are.

It's who we are, particularly as men, but with women as well.

Let's stay with men and how we can process it for a moment and how we can use this insight to build more closeness in our relationships, and for women some ideas that could help you on that same journey.

So let's start with the fact that, as progressive as you may be, as much as you may want to have an equal partnership with your wife, with your partner chances are very very good, I could probably guarantee that there are elements of male superiority, male chauvinism even if they're just systemic.

Even if you don't even touch the steering wheel, those things will be happening because of the world that we're living in.

If you want to create more closeness with your partner, starting with the ways in which you see yourself as "better than" is a great place to start.

The sort of work that you expect them to do, because "that's women's work."

I spent a month and a half just doing the childcare and the food and the housekeeping, not getting paid for any of it, and I was like, "What a raw deal. This is terrible. No one is paying me, no one is patting me on the back, I'm not getting any promotions.

"I get to put good food on the table. I get to keep a nice clean house. I get to spend a lot of time with my kids. I get lots of snuggles and get to see them grow. This is great.

"But man am I missing those other benefits of being in the world."

And yet that's what we expect women to do because...

I don't know, just because. It's kind of arbitrary.

So that's one of the ways: what kind of work do see your partner as being expected to do because that's "women's work."

Do some digging on your approach to that.

How about this, in the example that I gave from yesterday, when your partner expresses themselves, how they're feeling, how they see things, do you actually let it in?

Or do you tell them that they're wrong?

But even if you don't, what's happening beneath the surface?

How are you letting them know in big or small ways that what they're saying isn't welcome?

One important note with all of this is that this is not meant for us to beat ourselves up as men.

What I've been saying all along is that the culture in which we live, the air that we breathe, is this way.

The costs of sexism

And what this is costing us as men is connection.

It feels like the Patriarchy just keeps women down. Fair enough.

But it also prevents men from being able to do, let's say, more of the child-caring work.

Those are my thoughts on how men can deal with this topic.

What to do if your partner says or does something sexist

For women, I'll just offer this: when your partner says something that is chauvinist or when, again it may not be something directly spoken but more the assumptions or the structure of the relationship or even just the way they respond to certain things, I hope that this exploration can provide a little bit of space.

In other words, your partner isn't just a jerk.

They're not just trying to hurt you by their response.

They're literally swimming in the water of the Patriarchy, of assumed male superiority—the male privilege that society just hands us as cards for being cisgender male.

And when you add all the other privileges it gets to be pretty intense in terms of how much empathy a person feels they need to have towards the rest of the world.

So as someone with a slightly smaller stack—in this case not having the male privilege card—just consider that, when your partner acts out of chauvinism or privilege, that they're not doing it to be a jerk.

They may not even notice.

These are deep structures of the self that are given to us by culture.

They are reinforced everywhere we look.

It's actually a heroic act to try to undermine these things and even try to bring them to light and have a conversation about them.

I encourage you to do what you will with that.

Hopefully it will give you a little bit of space between your partner's response and what you make it mean.

You don't need to make it mean anything about yourself or about your partner; I'll leave that in your court what you want to do with it.

But also to consider how we can all contribute to making a more just world—what your unique role in that process is.

Again going back to what we're celebrating, the 100th anniversary of the suffragettes finally winning their battle for the vote, we can make big changes in this world.

And certain people have certain things to do based on which privilege cards they hold.

I hope this inspires you to consider what your role may be in that as well. 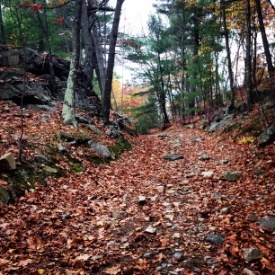 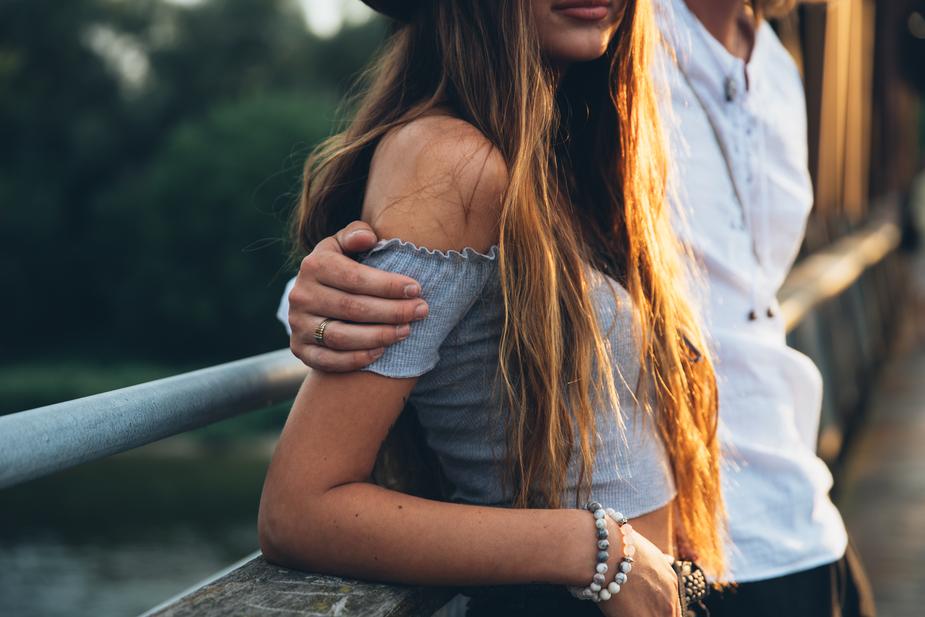 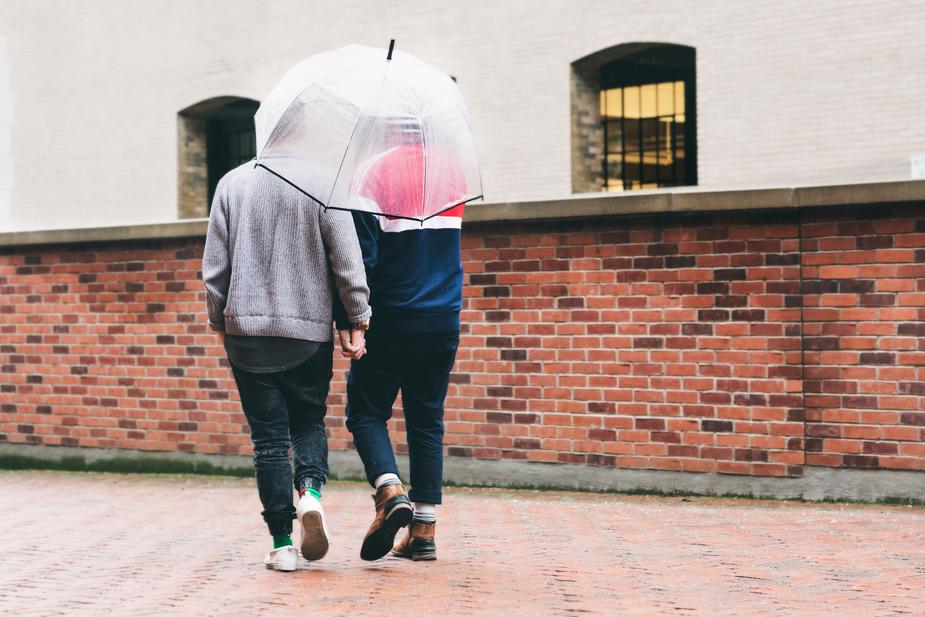